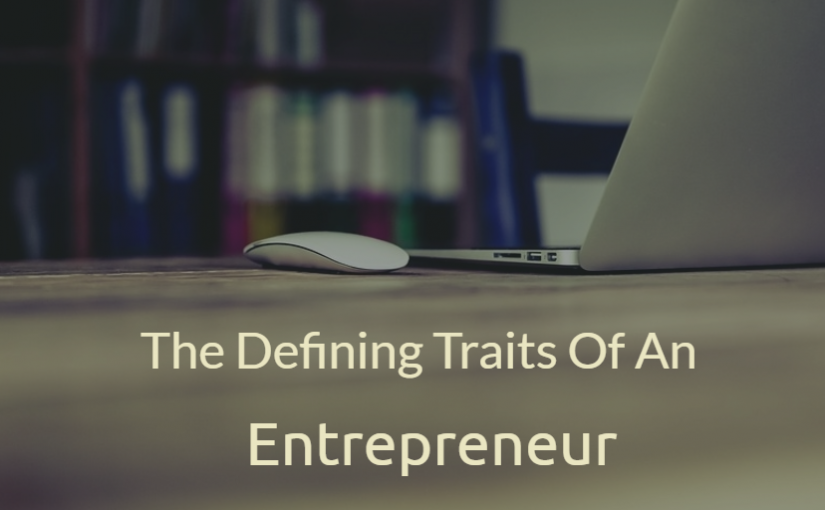 The defining traits of an Entrepreneur

Who in the business world has rightly defined the meaning of the word, Entrepreneur? Is it Bill Gates, Steve Jobs, Mark Zuckerberg, Richard Branson, Jeff Bezos or Elon Musk? There may be an unending list of outstanding achievers within the global market and few of these names may well be serving you as an inspiration. The world now is in common agreement that these iconic personalities have given a new dimension to entrepreneurship.

The journey of entrepreneurship starts with a dream. For some, the dream may be to change the world, and for some, it may be the idea of being their own boss. But what does it take to be an entrepreneurial material? What are the defining traits of an entrepreneur?

The most common traits amongst all the well-known and soon-to-be well-known entrepreneurs are:

With the ultimate luxury of creating market-defining service/product, entrepreneurs simply have a passion encrypted within their hearts for the work that they do. Entrepreneurs have that fire inbuilt to turn things around and make things happen in their favor. They are heart-driven and motivated by intrinsic rewards. That is why they are passionate about the ultimate goals and objectives they set in their business life. According to research conducted by Tony Tjan, Richard Harrington and Tsun-Yan Hsieh, 65% of founders have been identified as driven by “heart”. And they are fueled “by an unshakable sense of purpose.”

Where others fail to see the distance, entrepreneurs discover the opportunities through their ability to see the future. Despite all the criticism, they have the ability to foresee the future and take actions ahead of any other market actors. Jeff Bezos’s vision of democratizing electronic-market paved his way to the heights that he is in today. He visualized that market through, Amazon which is now one of the largest e-commerce sites of the world.

The success story of entrepreneurs like Walt Disney, Steve Jobs or Bill Gates; generates much curiosity and interest in the world today. But further close inspection reveals that their story was built around resilience. That is why the market terms them as resilient entrepreneurs.

Failure is a chapter that has to be embraced by any entrepreneur. While you may be willing to hide from it, there is ultimately no escaping from it. So, you are going to fail being an entrepreneur and that’s the hard-hitting truth. But what ultimately matters is, if you can stand up with the same passion and enthusiasm thus continuing your journey. Instead of giving up, an entrepreneur will take their failures as an attempt to their success, learn from it and be resilient.

In this article, we have only been able to pinpoint some general traits, that as an entrepreneur are mandatory. While you might possess these traits, there are other important traits like confidence, flexibility and internal locus of control.

Edited by Clock b Business Innovations