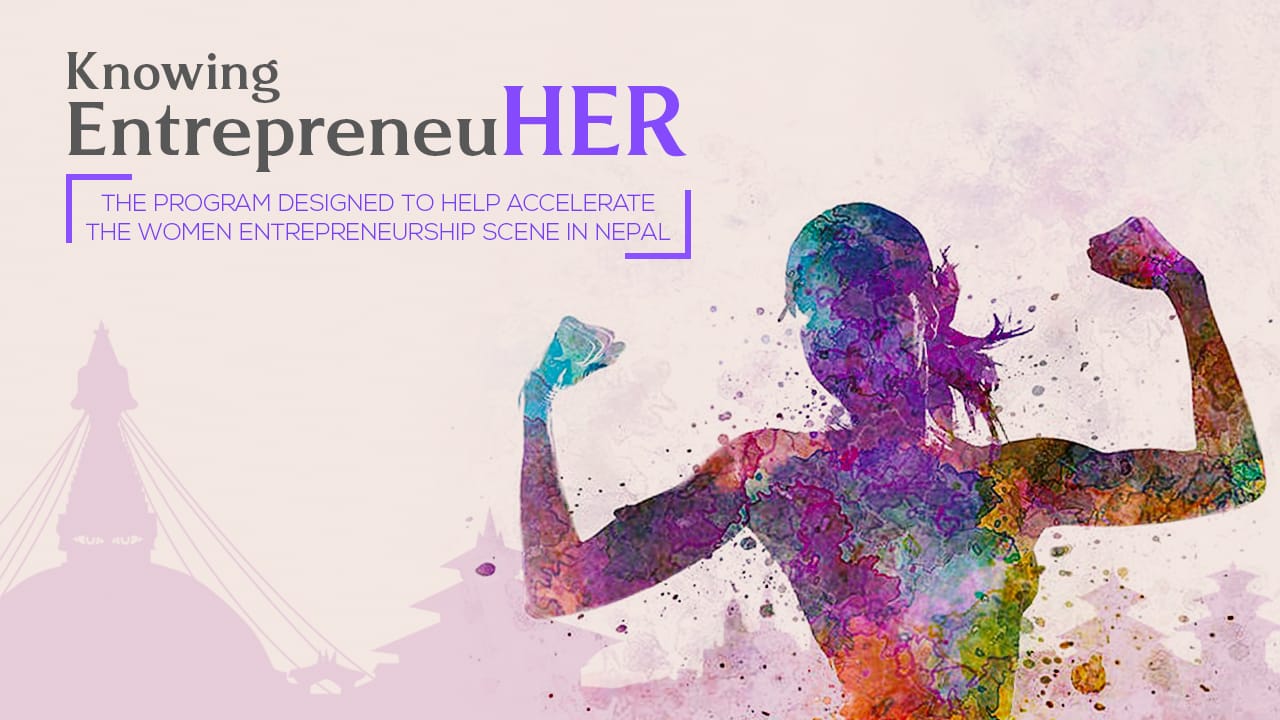 Women across the world and in Nepal are stepping up to the entrepreneurship platform, building and setting up their own empire, big or small, and empowering themselves and their community along the way. From women in the Terai belt, utilizing their weaving skills to build a thriving business out of their art and skills, to women in the cities running impressive bakeries, entrepreneurship has anchored its place in women’s life. From traditional patriarchal mindset of women belonging in household chores, the world had to come a long way in allowing space for women to express themselves, and still has a long way to go, in giving them market for profit while expressing themselves. Women’s involvement in industries started slowly since the industrial revolution, which makes it quite alarming to state that even after decades, women are still underrepresented and underpaid to this date, in comparison to their male counterparts. But it also showcases the resilience of women to overcome all the barriers along the way to rightfully demand their place and their stature.

Nepal has a lot of inspirational women entrepreneur to boast, from hotel mogul Ambika Shrestha, tech savvy Rojina Bajracharya, to Forbes under 30s Nikita Acharya. There are thousands other scattered across the country, who are making a living out of their own businesses. It takes skills, motivation, perseverance to make it big in the field of entrepreneurship, and also an unwavering faith in one’s own capabilities. Most of these examples have a very motivating backstory of how they persevered to make a business out of their ideas, and how they did not bow down to societal constructs. Being a male dominated society to date, Nepali women no doubt face a lot of obtrusion. This includes the obvious apprehension of starting from scratch, from daring to monetize an idea and build one’s own market and niche that every entrepreneurs face. But women entrepreneurs face an added obstacle of catering to the pressures of the society that still advocate gendered roles, and still somehow lacks the same respect and faith to the vision of women as to that of men. They are somehow said to be weaker, more timid, unable to push through, or lacking in general. The first step of entrepreneurs here is not just to drown out their own inner voices of lacking confidence, but also thousands other backlashes and secondary thoughts from others. However, once the venture does become successful, it has been seen that women give back to their communities, often opening up avenues to further employ countless other people.

Although it is true that there are many factors that can leverage an entrepreneurial venture. From education in related fields, skills improvement training, connections and networking, exposures and sufficient fund to begin with. That again puts many rural women at an even more disadvantageous position, who are often barred from higher education, as well as even networking with people other than their own close groups. While this would put women at cities in an advantage, they still need a push to begin and to flourish in their endeavors.

There are many challenges posing as barriers to women’s journey in entrepreneurship, but there are also many opportunities to make use of. It is necessary to fight back any self-doubt and relentlessly work for building our own venture, because it is possible! With this understanding and experiences of working for entrepreneurs, wantrepreneurs and startups, Clock b Business Innovations is collaborating with Jyoti Bikash Bank to introduce EntrepreneuHER program, which is setup with a theme of “Accelerating the women entrepreneurship scene in Nepal”. This program is a platform for entrepreneurial skilling, providing mentorship, professional networking along with meet up with investors and bankers. Targeting women wantrepreneurs and entrepreneurs, the program will work to facilitate prospective women in levelling up their ideas, and even a possibility of seed investors. Women inspiring for entrepreneurial ventures can take a huge benefit out of this program, as not only does it equip them with an opportunity of ideating and prototyping their venture, but also gives them the push to take that first step in the entrepreneurial direction.  So whether you are an entrepreneur, or a wanterpreneur, your step in becoming an entrepreneuHER is one program away! Shake off your doubts, put on your entrepreneuring shoes, and join us!